The Assion-Ruffing City Hall was built in 1864 by Mr. Cook of Lafayette for merchants Joseph Assion and John Ruffing. The red brick Italianate building was constructed with three retail bays on the ground floor, office and/or residential rooms on the second level, and a spacious meeting room on the third floor. An engraved limestone arch over the center double windows of the third floor proclaims "City Hall." Never a government building, this City Hall was intended for public gatherings. The first event held there was a dance on June 27, 1865, in honor of Company B, 86th Indiana Volunteers, and other soldiers returning from the Civil War. Theater performances, lectures, dinners, concerts, dances, and other community events were common fare in the third-floor hall.


In 1881, John Lathrope, partnered with John Ruffing to remodel the third floor of the Assion-Ruffing City Hall into a grand opera house. Lathrope was a renowned cornetist, and his Silver Cornet Band was a musical institution in Delphi and the surrounding area. He also operated a bakery and restaurant in the City Hall building.  With a reputation for never doing anything halfway, Lathrope outfitted the opera house with fine wall and ceiling papers. 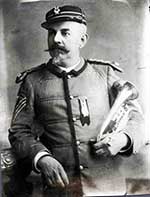 Capt. LathropeDemorest folding opera seats were installed on the newly-laid tiered floor and in the gallery. The stairs were reconfigured to the street to accommodate large audiences--important with a seating capacity of 500!

On April 7, 1882, the Lathrope & Ruffing Opera House had its grand opening, featuring the Litta Grand Opera Company from Chicago with the famous soprano Marie Litta performing to a packed house. It was quite a coup to 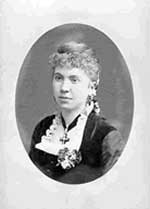 Marie Littabook Marie Litta for the grand opening. Dignitaries from throughout the region were in attendance and rave reviews in area newspapers followed the opening event.

With Lathrope as theater manager, the opera house was in constant use—often with two or three performances per week. Travelling theater troupes, minstrel companies, lecturers, and concerts were among the types of entertainment offered. Among the notables performing in the Lathrope & Ruffing Opera House was famed Hoosier poet James Whitcomb Riley who graced the stage at least six times. 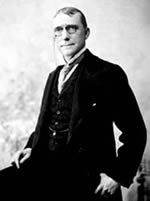 By the 1910s, the Delphi Opera House was showing its age. Motion picture theaters were coming into vogue and third-floor performance spaces were losing appeal. The final blow for the Delphi Opera House came in 1914 when it was condemned by the Fire Marshal as unsafe. The Dryfus Theater in Lafayette burned that year calling attention to similar upper-story performance halls having only one means of exit.

Eighty-two years later, the Delphi Preservation Society purchased two-thirds of the Assion-Ruffing City Hall with the remaining third acquired in 2007. Early on, the Society developed restoration plans for the historic theater. The building was listed on the National Register of Historic Places in 1998 paving the way for two National Park Service Historic Preservation Fund grants to restored the building's facade in 2007 and replace the roof in 2010. A decorative arts analysis was completed in 2009-10 funded by the Jeffris Family Foundation and a generous grant from the North Central Health Services administered by Tippecanoe Arts Federation. More than thirty wall and ceiling papers were sampled and cataloged during the analysis along with decorative paint elements in the theater and entryway. As plans evolved for the restoration of the Delphi Opera House, several of the key wallpapers would be faithfully reproduced for reinstallation in the grand hall. Faux bois paneling, window frames, and trim would be redone as well. The result--stunning!